What is Unified Messaging?

Unified Messaging is now generally accepted as it is now labeled as an improvement in business productivity. As a result, many professional companies and businesses that deal with information transmission now integrate the communications processes into their IT infrastructure to improve it.

Unbelievable pricing - the lowest you will ever find

Unified Messaging can be defined as combining communication media technologies (like voicemail, SMS, fax, email, and video messaging) and different electronic messaging into one single interface accessible by different devices.

It stores all messages into a single system, unlike our accustomed communication system that delivers messages into various stores like voicemail systems, email servers, and stand-alone fax machines.

Unified Messaging is now generally accepted as it is now labeled as an improvement in business productivity. As a result, many professional companies and businesses that deal with information transmission now integrate the communications processes into their IT infrastructure to improve it. 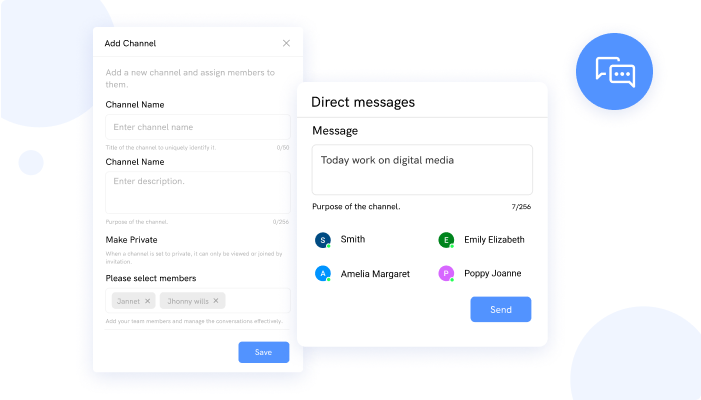 The conception of Unified Messaging came in the 1900s by a company called Octel; there was an uprising use of email and people realizing the crucial need for voicemail, email, and fax communication to be organized. Octel first began practicing Unified Messaging in the voicemail industry. Then they invented a system in which individuals have their calls routed to the assigned contact by pressing a key. Finally, in 1998, they became the largest voicemail technology manufacturer in the nation, thereby garnering a lot of income.

In 1993, they widened their range to fax services, and they released three programs: faxagent, fax station, and fax broadcast. In 1994, Octel released Visual Mailbox, enabling people to access their voicemails and faxes via computers. Finally, in 1995, they integrated their services with the famous Microsoft to bring unified messaging to life.

And for over two decades now, Unified Messaging technology has been made available to companies and modern businesses. The reason is that it makes modern-day communication easier and customer care services run more efficiently.

It is one of the best benefits of Unified Messaging as it allows the transmission of information very easily and conveniently. All the messages received are stored in one interface, and messages are communicated to the target party without stress.

Following the emergence of modern team communication, it should be easy to perform tasks, but not when the tasks are spread between seven varying platforms. One might not complete the tasks, and therefore productivity is reduced. But Unified Messaging has made this easier with a combining factor. What you are to do on different platforms can now be done on a platform, the stress will be reduced, and definitely, productivity will increase.

UM is a modern-day integrated technology system. After research, companies that support contracts initiated on an old system lose a lot of money due to the high maintenance fee and buying different systems to solve a unique problem. But with UM, all system problem solvers are integrated into the system, and you don't need to buy more than a system to solve your problems or worry about maintenance fees because it is less bulky.

Creation of a more efficient system:

Old hardware tends to be slow and less efficient as years pass because better systems will be produced. With newer versions like Unified Messaging, slow works become fast and efficient with little or no downtime.

Where can Unified Messaging be used?

Unified Messaging can be used in many aspects of life, but majorly, it is used as customer service. For example, customers tend to send messages or voice notes to get help from a platform. Unified Messaging collects all these communications into one all-purpose box as it awaits a response.

How does Unified Messaging work?

All that Unified Messaging does is just that it collates many different electronic messaging and communication media technologies and makes them have a common system. It is a multipurpose system that tweaks and combines different communication technologies even though they are different. For example, a voice message and a text message can exist in the same interface if the Unified Messaging system is employed.

Go to the next level with

Our customers are our biggest fans

500apps is exciting for companies that focus on task and project monitoring for increased productivity. Looks great! It also has all apps in the same place, and we can use them in one go! Well done

We are using 500apps for consolidated business growth. All the apps are very handy as we have the best customer success consultants working together with our Sales Director.

My chat rep (Safin) was super helpful and got my issues resolved immediately! I'm looking forward to getting my business started with 500apps!

Awesome customer service. Vicky is very helpful. Can explain and help me to troubleshoot my current issues. Thank you so much.

"SMBs' ultimate choice" - It was packed with features that addressed every need an organization could have. A wide variety of management functions are available, including human resource management, product management, time management, knowledge management, and client management.

"Budget Friendly All-in-One Suite" - Our business has benefited from 500apps' ability to keep track of everything that is relevant. From managing customers and leads to keeping track of our customers.

Business owners can use 500apps to get accurate, timely data that can help them make decisions better. 500apps aggregates the most accurate data and connects you with decision-makers and their confidants with ease.

It is a great platform where I can manage everything regarding my business and customers. 500apps basically solved many problems of mine regarding managing inventory from different vendors, billing customers, sending emails to customers, and managing help desks for customers. I can manage my whole business with 500apps because it provides all the tools I need.

Get Started with 500apps Today

Teams.cc is a part of 500apps Infinity Suite

Still not sure, sign up for our weekly webinar to know more about 500apps infinity suite. Register Today!

Still not sure, sign up for our weekly webinar to know more about 500apps infinity suite. Register Today!